History of the Birth of Italian Language in Florence 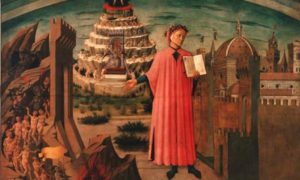 Although Florence is responsible for the exile of Dante Alighieri, the city, still today, is living in the reflection of the poet’s glory. Dante is famous all over the world for his enormous contribution toward the spreading of the Italian language in literature. Before Dante began to use his vulgar language, Latin was the official language of writing.It’s thanks to him if Florentine language has acquired the status of standard italian. Whatever the merits of the claim, a modern standardised language only really started to gain ground in the 19th century. In his literary masterpiece, “I Promessi Sposi” (The Betrothed), Alessandro Manzoni, the novelist of Milan, struggled against Tuscan language in order to give to his writing a more broadly national appeal. From the end of the second world war the media have made use of a standardised Italian, making it known to the Italian public:from the north to the south of the peninsula.