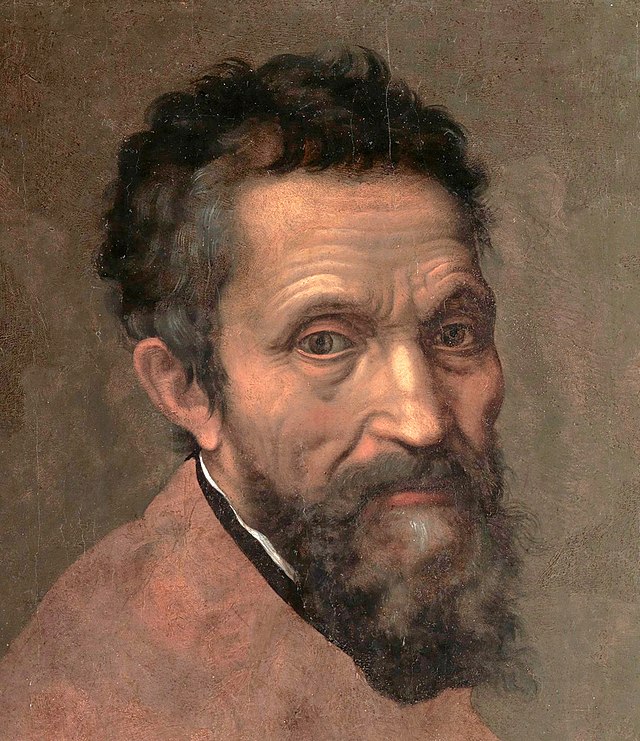 Michelangelo was an Italian sculptor, painter, architect, and poet of the High Renaissance. During his lifetime, he highly influenced both art and artists. He was born in Florence, but he lived most of his life in Rome. Michelangelo’s artworks improved Western art with regard to the Renaissance notions of humanism and naturalism. The most well-known artist of his era mentioned him with the sheer volume of surviving correspondence, sketches, and reminiscences. Michelangelo is mostly known for ‘Pieta’, ‘David’sculpters and ‘the Sistine Chapel’ and ‘Last Judgement’ paintings. 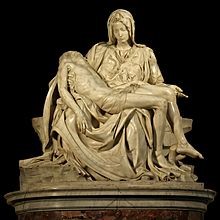 Michelangelo created this Italian Renaissance sculpture, and it is now in St. Peter’s Basilica, Vatican City. Pieta was made for the cardinal’s funeral monument. It represents the body of Jesus on the lap of his mother Mary after the Crucifixion. Pieta, the work of art shows the Renaissance ideals of classical beauty with naturalism. 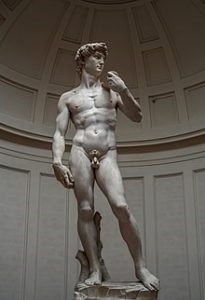 David is called a masterpiece of Renaissance sculpture which is created by the Italian artist Michelangelo. The sculpture is a statue of a Biblical figure in the art of Florence. David also symbolizes the defense of civil liberties embodied in the Republic of Florence, an independent city-state threatened on all sides by more powerful rival states and by the hegemony of the Medici family. Especially, the eyes of David were fixated on Rome where the Medici family lived. Even though the statue was moved several times, David is in the Galleria dell’Accademia, Florence. 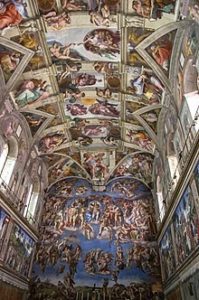 Michelangelo painted the Sistine Chapel ceiling in fresco which is a technique of mural painting. The Sistine Chapel is a fascinating work of High Renaissance art, and it is a papal chapel built within the Vatican. Many artists of the late 15th century painted the walls such as Sandro Botticelli and Domenico Ghirlandaio before Michelangelo’s contribution. Moreover, Michelangelo created The Last Judgement a large wall fresco situated behind the altar. In general, the chapel represents the doctrine of the Catholic Church. The ceiling decoration is nine scenes from the Book of Genesis including the Creation of Adam. We can see that Michelangelo demonstrated his skills by illustrating human figures.

Michelangelo was called II Divino (the divine one) during his lifetime. His passion for art contributed to the rise of Mannerism, Western art, and the High Renaissance by creating excellent works of art.

“A beautiful thing never gives so much pain as does failing to hear and see it.”

Do you want to live the experience to see Michelangelo ‘s artworks live? Check the following page!