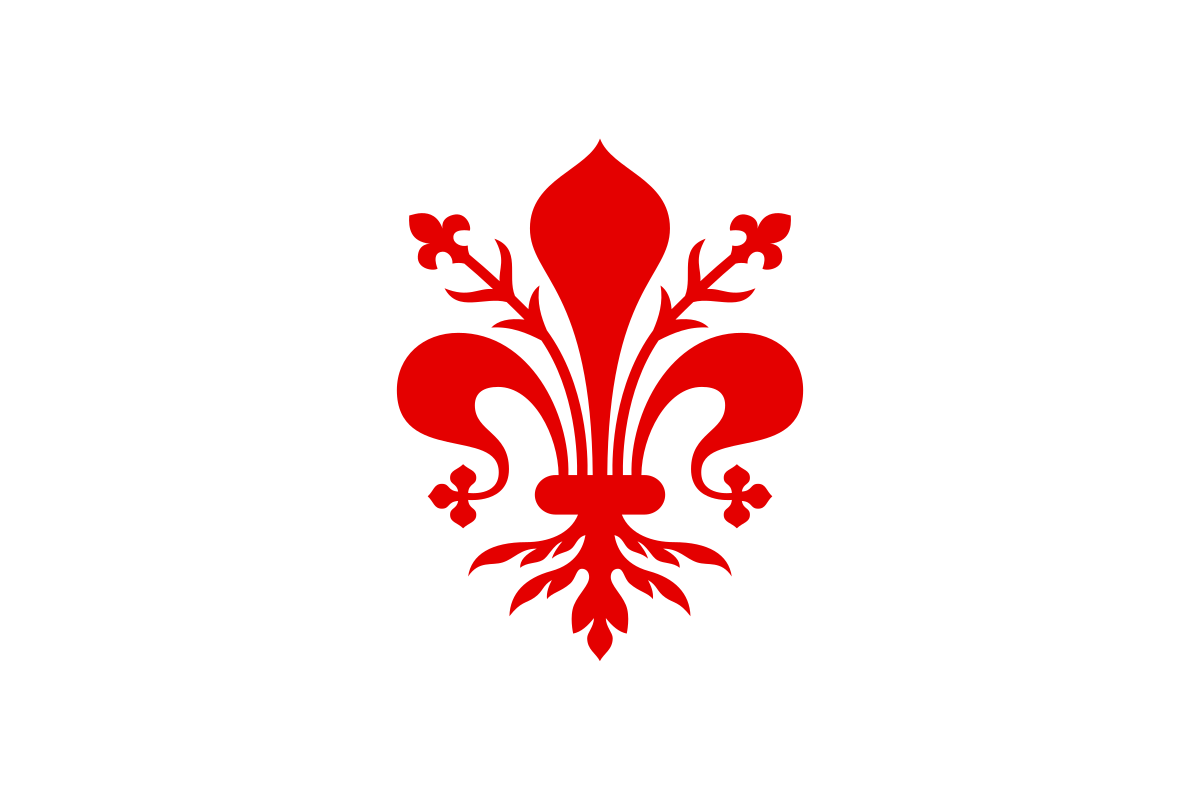 The Giglio of Florence is both a symbol and civil flag of Florence. It was the flag of the Republic of Florence between 1250 and 1532. The meaning of the flag persisted as a symbol of the dissolution of the Republic, and it still has been used today. The Giglio of Florence is not a lily, but a stylized iris. The beautiful white flower was first applied to the city’s coat of arms in the 11th century, and then it was white on a red background. After the bloody battle between the Guelphs and the Ghibellines, they switched the colors as a sign of their power, thus creating the famous symbol of the red giglio on a white background.
In the Divine Comedy Dante Alighieri describes the eve of this event as follows:
‘The lily of the flagpole was not yet reversed and not colored red by division…’ 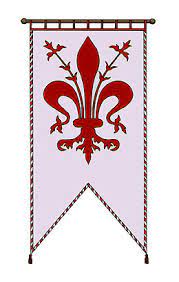 There are various assumptions about the origin of the symbol. One assumption is that the flag was related to the founding of the city during the Roman Empire in 59 BC. Then, the founding of the city during the period of the celebrations for the Roman goddess Flora led to flowers, in particular the iris, being celebrated as a symbol of Florence. Another assumption is that the abundance of the flower iris Florentina grew around the city. According to mythology, in fact, the lily is associated with chastity.

The best way to see the beautiful Florentine iris is to visit the Iris garden, off Piazzale Michelangelo in May.

Dante Alighieri:
”I saw Florence in such calm repose, with these men and others like them, that she had no reason for grief. I saw her people, so glorious and just, with these men to serve them, that her arms of the white lily were never reversed on the standard, nor the lily dyed red by division.”

Do you want to know more about the beautiful city of Florence? Check it out here!
curious florence, discover florence, Firenze, Florence, florence events, histoire de Florence, history, history of Florence, italian history, The Giglio of Florence
Share this post