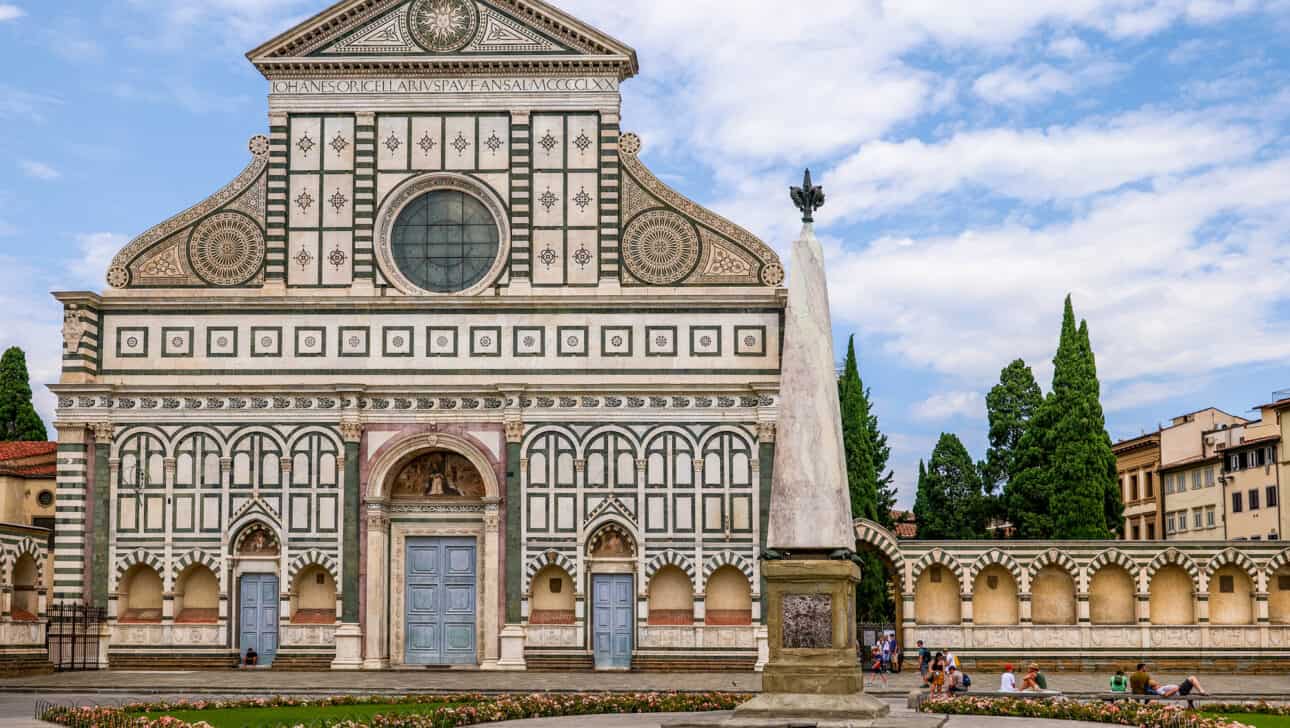 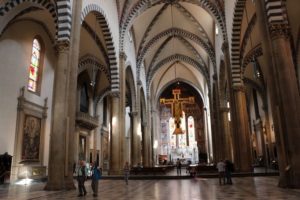 The Church of Santa Maria Novella is one of the most influential Gothic churches in Tuscany. It is also the first great basilica and Dominican church in Florence. Santa Maria Novella Church reflects the traces of Gothic architecture and the early Renaissance period.

The name of this church means “New”, which is translated as Novella,

due to the fact that the church was built on the site of the 9th-century old oratory of Santa Maria delle Vigne. The process of the building took 80 years with the completion of the Romanesque-Gothic bell tower. The lower part of the marble façade was executed by a Dominican architect, Fra Iacopo Talenti da Nipozzano.  Leon Battista Alberti, the famous architect of the Florentine Renaissance, designed the upper part of the inlaid green marble of Prato and the white marble façade of the church. He aimed to represent the ideals of humanist architecture by creating harmony with the medieval part of the façade.

Let’s have a look at some great works of art. 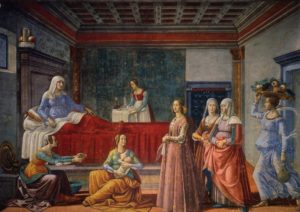 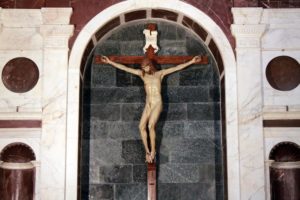 If you want to learn more about the most important places of religious and artistic interest in Italy, check the following link!