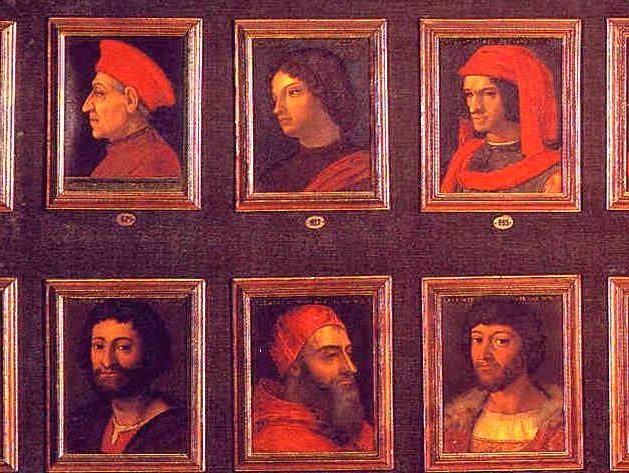 Medici Family: their love for art

Medici Family: their love for art

You certainly know the magnificent historical monuments of Florence, but do you know that it is thanks to one great Florentine family that Florence is the city we know today?
Indeed, the Medici dominated Florence between the 15th and 16th centuries and among the members of the family we can count merchants, bankers… It was the latter who ensured the family’s wealth by opening about 10 banks throughout Italy (Naples, Milan, Pisa, etc.) and Europe (Lyon, London, Bruges, etc.). Thus they attracted the greatest artists of the time to Florence, such as the famous Leonardo da Vinci or Michelangelo, through their numerous patrons.
Giovanni de Medici

He marked the beginning of the family’s famous wealth by founding the Medici bank in 1397, which became the bank of the papacy (the family therefore managed the pope’s funds), which ensured them a certain prosperity and contributed to their influence in Europe.

He initiated the family’s patronage of the arts, which gave rise to a unique art market. He took Brunelleschi (construction of the dome of the cathedral of Santa Maria del Fiore), Donatello and Fra Angelico under his wing.

One of the greatest patrons of his generation, he became the patron of the famous Leonardo da Vinci to whom he gave access to the most beautiful ancient works of the city, of the great Michelangelo, of del Verrocchio and Pollaiuolo.

Selected by Emperor Charles Quint to succeed Alexander de Medici who had no heir during his lifetime. He took Vasari under his wing and commissioned him to build numerous infrastructures in the city that can be seen today. He also wanted to modernize the city by creating the Uffizi, enlarging the Palazzo Vecchio and the Uffizi Gallery.

The Medici family played a major role in the development of Florence thanks to their numerous patrons who attracted the greatest artists to the city. Their attraction to art created the radiant Florence that we can now appreciate.
If you want to know more about this or other influential Italian families, have a look at our Italian culture courses!